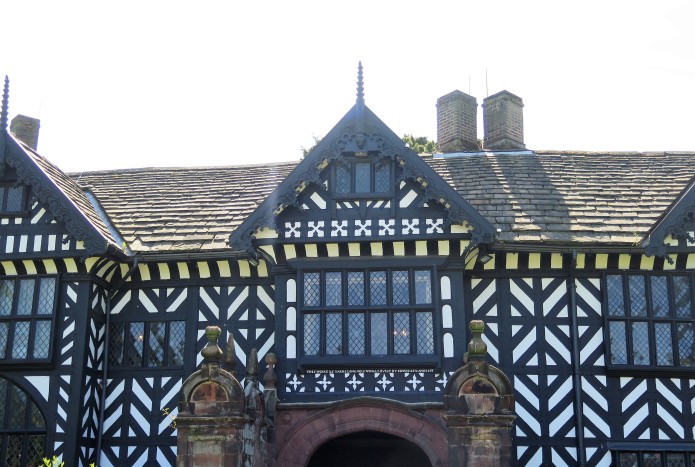 Liverpool, England. It was another gorgeous day, so my British friend June and I took a train from London to Liverpool, to visit with her sister, Barbara. I am thrilled to be an honorary member of this sisterhood, and the three of us had a most wonderful day exploring a very lovely historic home in Liverpool.

Speke Hall is a wood-framed wattle-and-daub Tudor manor house and one of the finest surviving examples of its kind. It is owned by the National Trust, who has helped keep it in wonderful condition.

Construction of the current building began under Sir William Norris in 1530, though earlier buildings had been on the site, parts of which are incorporated into today’s structure. The oak frame rests on a base of red sandstone surrounded by a now dry moat. The main beams of the house are stiffened with smaller timbers and filled with wattle and daub. 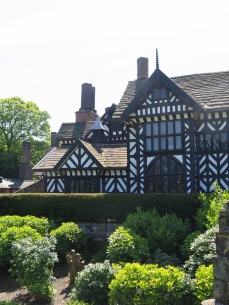 During the turmoil of the Reformation, the Norrises were in the dangerous position of being Roman Catholics, so the house featured a priest hole, and a special observation hole built into a chimney in a bedroom to allow the occupant to see the approach to the house to warn the priest that people were coming and he should hide. There is also an eavesdrop (a small open hole under the eaves of the house) which allowed a servant to listen in on the conversations of people awaiting admission at the original front door. Who knew the derivation of that word!

The house was owned by the Norris family for many generations until 1766 when it passed into other hands and was given to the National Trust in 1943. There are Arts and Crafts touches like William Morris wallpapers and many Victorian reproductions of Jacobean woodwork.

Somehow all the various periods meld together in an historic melange that works together beautifully, both upstairs and down. We even had a talk from a woman in period costume on how the big quarterly washings were done in such a house. I’m sure we all went home and kissed our washing machines after that one. 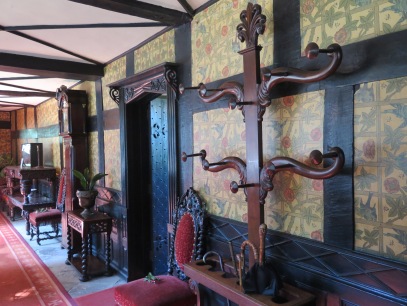 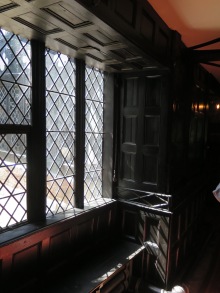 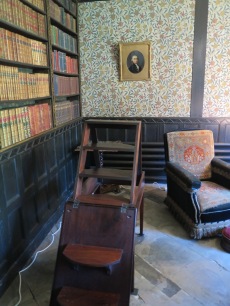 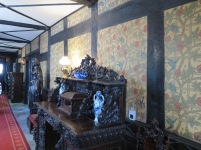 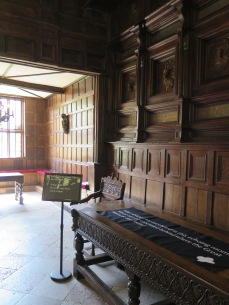 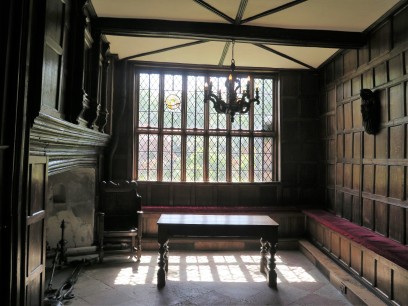 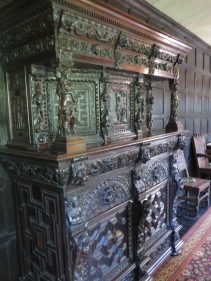 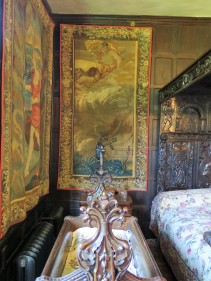 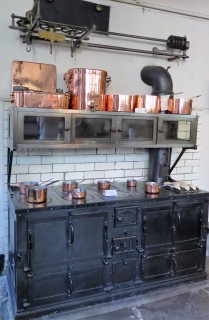 The gardens are a large feature of the estate. The orchard, kitchen garden and decorative flower gardens were looking quite well. 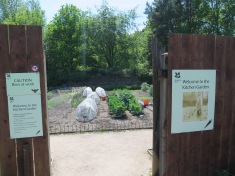 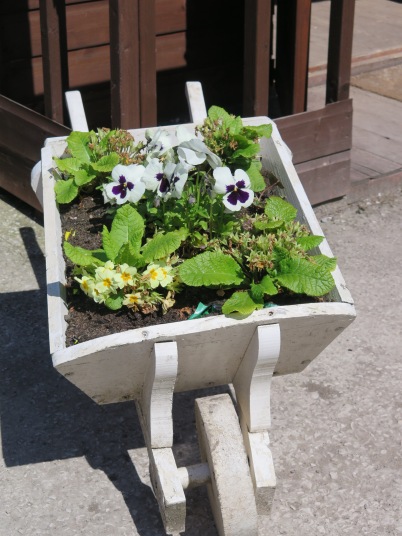 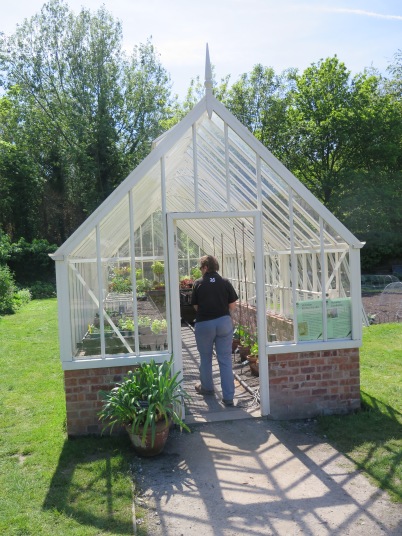 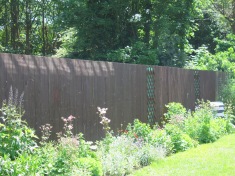 There was lunch and then tea and scones and lots of laughs with my English sisters. Quite a treat for one day.

2 thoughts on “A Liverpool treasure”