Delhi, India. The Mughal Empire is considered one of the classic periods of India’s long and amazing history. In 1526, Zahir-ud-Din Muhammad Babur, a man with Mongol heritage from central Asia, established a foothold in the Indian sub-continent which was to last for more than three centuries.

At its height about 1690, the Muslim Mughal empire ruled almost the entire subcontinent of India, controlling four million square kilometers and a population estimated at 160 million. They left a few amazing traces behind.
We started at Safdarjung’s Tomb, built in 1754 for the Nawab of Awadh. Though Delhi is packed with Muslim mausoleums, it’s interesting that such buildings are forbidden by Koranic orthodoxy. Lots of sultans and their nobles didn’t seem to have gotten that memo, and thus we have their beautiful tombs and gardens to visit. 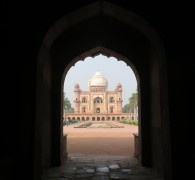 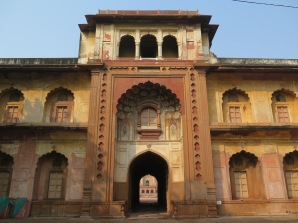 Then it was on to something entirely modern – Delhi’s metro, which is a far more comfortable experience than our own New York subway, sorry to say. 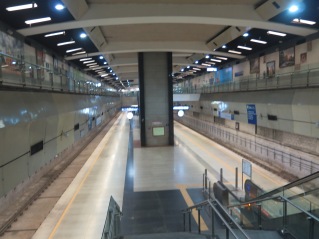 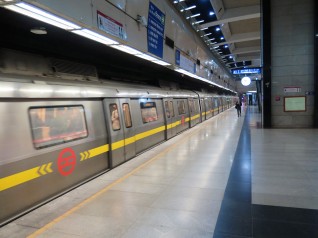 We were heading to the Qutb Minar Complex, site of one of the city’s most recognizable landmarks. The Qutb Minar minaret minaret is 236 feet high and was built in the early 13th century. It is glorious from any angle, and – as we are very near the airport – the view is often enhanced by a 21st-century jet flying by. 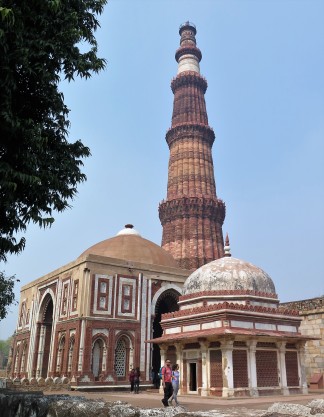 The entire complex houses the sometimes fragmentary remains of a mosque, a madrasa, and pillars remaining from previous rulers’ building programs. 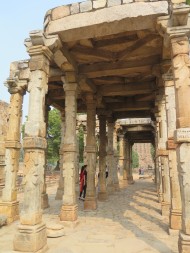 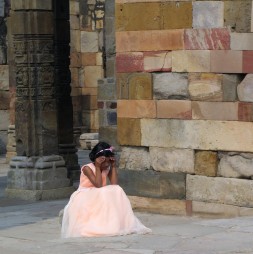 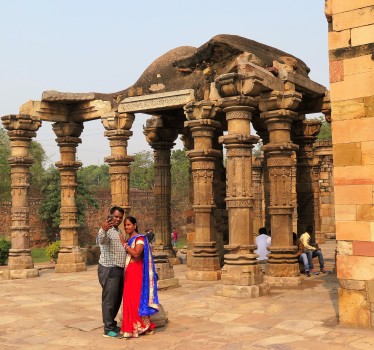 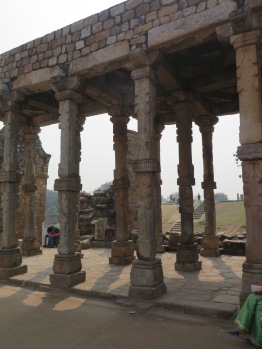 The star of the show was the Prayer Hall Screen, considered one of the finest pieces of Islamic architecture in all of India. The arches that remain are covered with Koranic inscriptions and floral decorations that are still remarkable after their inception in the late 12th century. 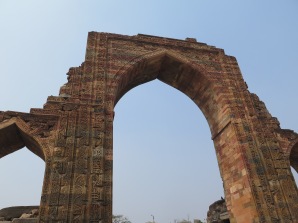 There is also an astonishing iron pillar that dates from the 4th century. It’s over 1,500 years old and has yet to rust. What did the Tomars (who constructed it) know that we don’t? Guess we lost the original recipe for Rust-o-leum. 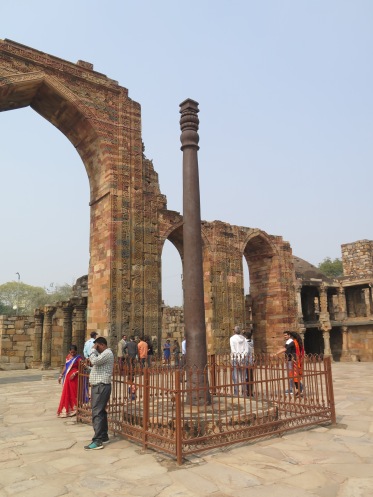 We left the complex via the Alai Darwaza built in 1311 CE. This is the first building in India to employ Islamic architectural principles in its construction and ornamentation. 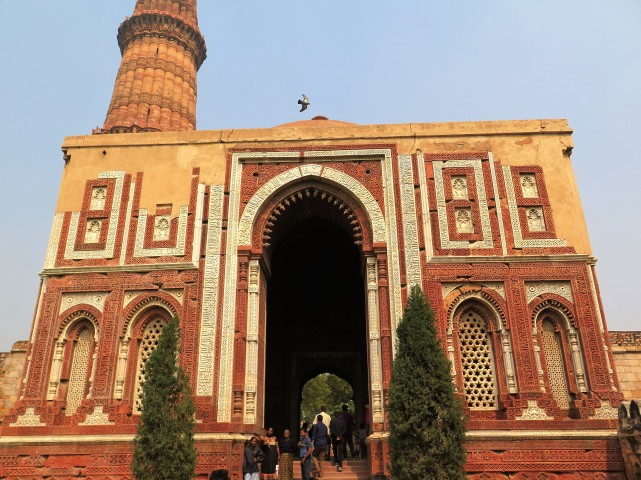 Our plan was to next visit the Archaeological Park, adjacent to the complex. But this is where guidebooks and Indian (lack of) signage let us down. Our first guide in India, the faithful Kumar, told us that all guidebooks were written by guys sitting in bars all day and asking locals for opinions. He might have had a point. The purported entrance from one site to another did not exist, and we finally found an entry in the park wall after a long slog along a busy road. But just because we got in did not mean we had found the entrance to this free and supposedly fabulous site. In fact, we never did actually find the entrance, and spent most of our time hoping just to find the exit.

We did find one of the supposed hundred amazing and significant monuments. That was the 16th-century Jamali-Kamali mosque and tomb. No one was there except a sleepy guard, who let us look at the outside of the mosque, which seemed to be the main feature. But we had heard about some amazing tile work and wondered where it was. He led us to a gate with a large padlock and indicated that the tomb was behind the gate. Shrugging with disappointment, we turned to leave and then he indicated that for a small consideration he would unlock the gate. Okay.

Our ‘consideration’ must not have sufficiently motivated him to go the tomb ahead and unlock the door in order to show us the tilework inside. However, my camera did a brilliant job of penetrating the gloom inside through a very small opening in the door’s design. (Can’t blame that entrepreneurial spirit, but we were getting a bit worn down by its manifestations.) 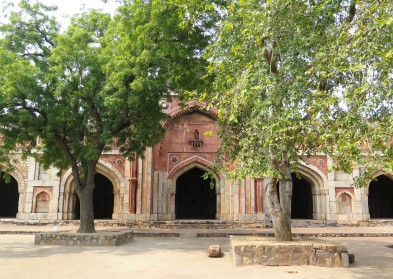 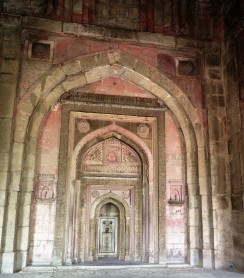 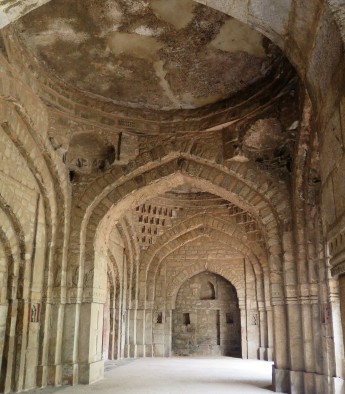 Though it was only early afternoon, we were calling it quits for the day. Don has been suffering with a bad sore throat and cough, and things just weren’t going our way. We were able to at least learn that our escape route to the Metro was to the right, though the person who revealed that looked a little concerned that we were on foot. We started down a very long road to the street (perhaps the entrance?) when suddenly, really out of nowhere, an official Archaeological Park’s car pulled up and the young driver insisted we get in and he would take us to the Metro. We had met this young man before as we first found our haphazard way into the park, and I guess he thought we were just too feeble-minded to leave on our own. I told him he was an angel who appeared when we really needed him. He laughed, and then drove us several kilometers to the train stop. And then – be still my heart – he refused any payment. I told him he really was an angel, and I stand by that observation.

We had ambitions to do some shopping before we went home, but when our subway broke down and we had to wait for the next two trains in order to find a car with enough space in it, we decided that it was clear today was just not one of those days.

So no food story today, though we did manage a sandwich and soup back at the hotel. Don has been in recovery mode, lying prone, and I was lucky enough to have an excellent pedicure, which will be of great interest to those who follow my foot health. The salon here at The Claridges actually had my OPI color, Big Apple Red, which I took as a sign that maybe tomorrow will be a better day!

One thought on “That Mughal style”