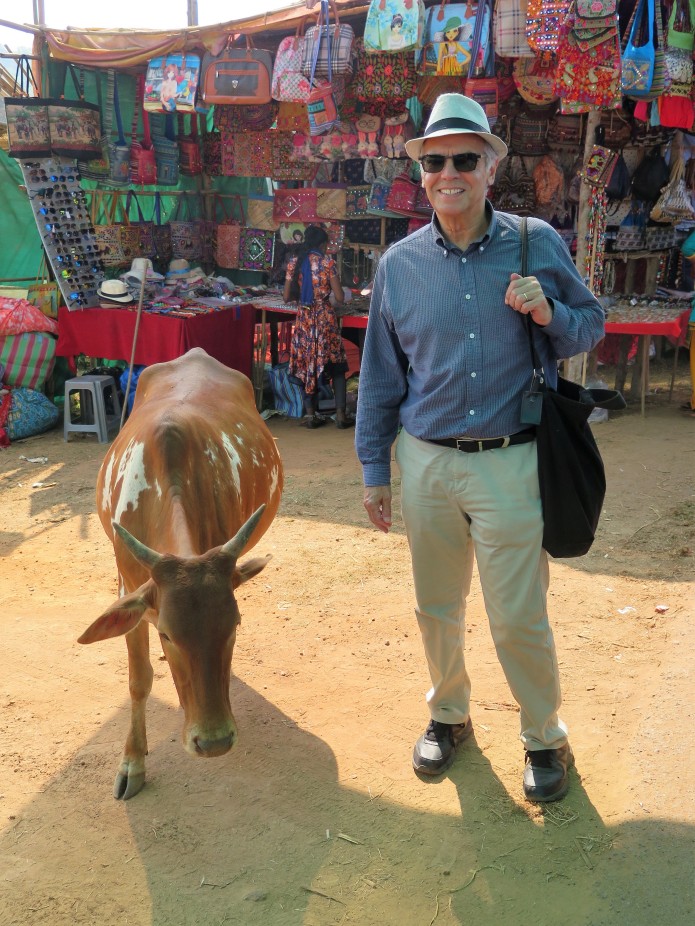 “Couldn’t we take just one home?”

Anjuna Beach, Goa. Wednesday is the big market day at this popular tourist destination, so off we went.

Discovered years ago by the hippie crowd, it now seems overrun with the big hippy crowd – Brit budget travelers, with tattoos too numerous to count and skimpy beachwear revealing lots of flesh, most of which was sunburned.

They were there for the same reasons we were – looking for something unusual and something cheap, or maybe just something cheap. Indian vendors have lots of interesting sales pitches. You are always going to be their first customer and if you buy something, you will bring them luck for the day. And always, you will get a “very good price.” The bargaining is fun and I don’t think we bankrupted anyone with the few little things we bought. 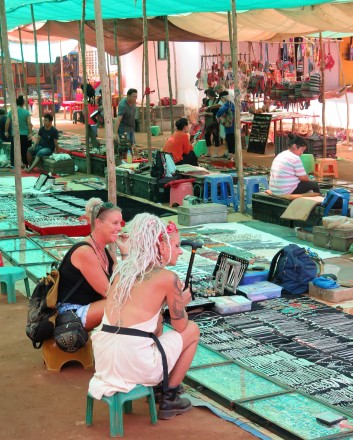 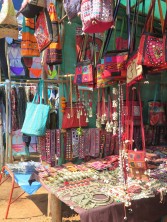 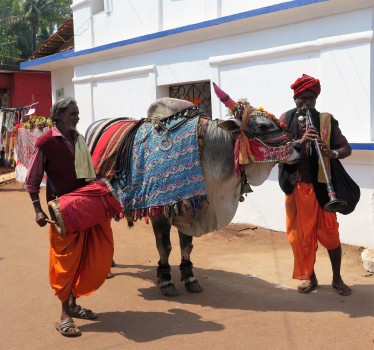 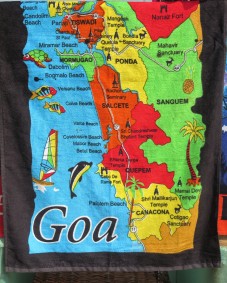 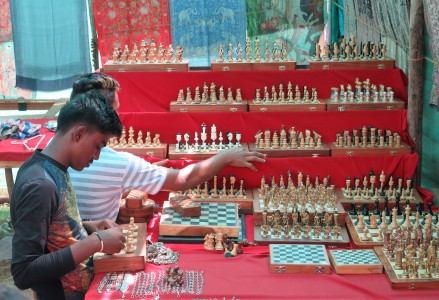 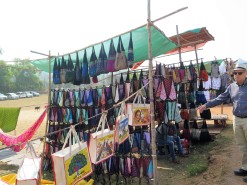 The melee was intense, and the sun was even hotter than normal. We had a good time, but eventually had to leave just to get into an air-conditioned cab. Shopping can be exhausting!

With only a few days in Goa, we were hard pressed to get a taste of all of the famed specialties of the region. And it was impossible to compare the same dish in different restaurants. Although we started with the most famous dish, the vinegar-base vindaloo, we never had another chance to try it again.

So, moving onto other dishes, we next tried xacuti, chicken (or pork or lamb) in a complex red curry sauce featuring white poppy seeds and coconut. I had the chicken version. Like the vindaloo, this too was surprisingly mildly spiced. There was nothing raw or off-putting, but certainly rich. Jo shared some chicken biryani – really good.

Next on the list was chicken cafreal. Like most of all of Goan cuisine, this dish, like the others we tried, had Portuguese roots, adapted and rethought using Indian spices. Cafreal has an added layer of history because it actually came to India via the African Portuguese colony of Mozambique. I’m not sure what part of the dish displays an African origin, but like almost all Indian dishes, it included tomatoes which, of course, made their way to India — and Africa — from the Americas, as did the potato.

As I understand it, the dish we tasted here was served in its classic manner by using whole chicken legs. The cooking process here features a very long marinating period of over eight hours. I’ve learned here that marinating meats in India (and in Africa?) was a way to kill bacteria that might be in the meat, either through the use of yogurt or with anti-bacterial spices, like turmeric. This dish, also mildly spiced and seemingly complex, had an almost dry-like presentation with very little sauce to pour over the accompanying rice.

Today, I tried the last of the most famous dishes of Goa, chourico, a thick stew-like preparation using Portuguese-style sausage along with potatoes and onions. The stew was so thick that it was not served with rice. Instead, the potatoes in the stew were considered enough. It is traditionally served with Goan bread, which looked to me like a rather fluffy version of Portuguese rolls. You don’t see much yeast-based bread in Indian cuisine, so this seemed rather exotic. The stew had the smokey flavor of the sausage. I found it more filling rather than an interesting taste treat.

As we were told in Kerala and other parts of southern India where the curry sauces are very thin, the sauces as we’ve come north are indeed much thicker. That’s closer to what we are used to seeing in Indian restaurants in the U.S. and the U.K. I didn’t have a chance to take a cooking course in Goa. And we only tasted the meat-based dishes, although there were plenty of vegetarian and fish selections on the menus. (Goa is more famous as a meat-eating region. ) 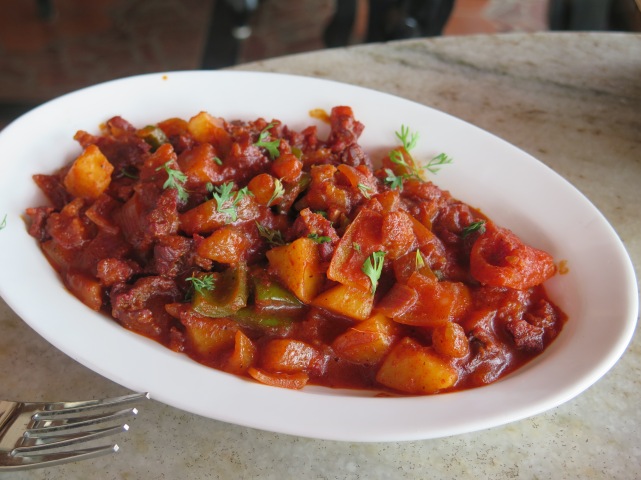 Oh, and we tried another Goan dessert — serradura. Meaning “sawdust pudding,” this dish reported came via another Portuguese colony, Macau. It is a whipped cream custard with crumbled cookies on top. Kind of bland and not worth the calories.

We head to Mumbai (Bombay) next to see how the cuisine will change yet again.