Since we were in London, we thought we would go back to the British Museum and revisit our Greek favorites. When we were here in February, I photographed just about every major piece – except for several missing ones. They were on loan to the Getty Museum in LA, which we visited in July, following our trip to Greece. We had to close the loop!

But the kids have come home, and it was great to see Alexander and Pericles back here, even though a lot of Greeks would prefer to have them back there. Plus, we had to visit the Parthenon Marbles, if only to tell them what a nice home was waiting for them in Athens. Someday…

At any rate, we hopped around with crowds of young students and saw some of oldies and goodies. 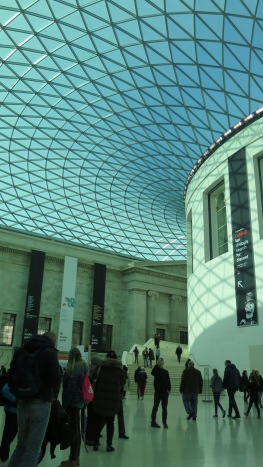 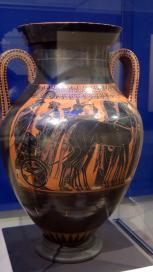 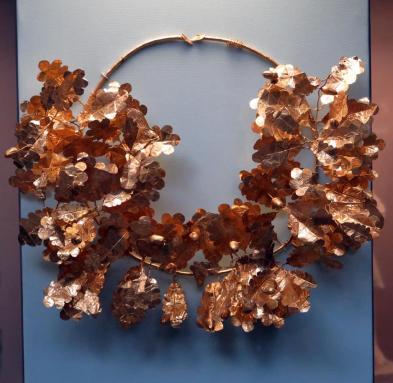 We had a nice day for walking as we made our way to the museum via Covent Garden. Packed as always, but filled with charm. 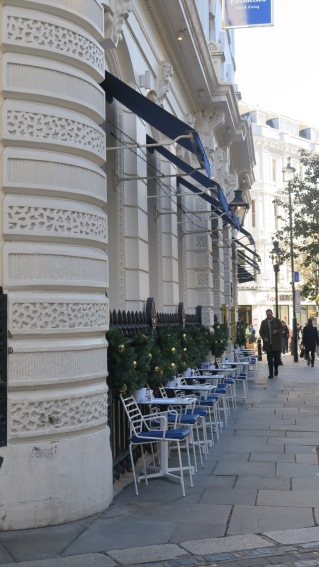 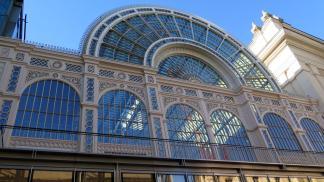 Speaking of classics, our next stop was at a New Bond Street gallery doing a major show on Bob Dylan. He hand-wrote all (many?) of his songs, and they are accompanied with his drawings. How nice of them to let us photograph the exhibit! There are a few samples here. For all you Dylan fans, I’ll provide my entire file tomorrow. Enjoy. 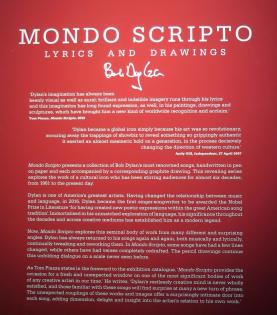 And now a rant on another classic. Right outside our hotel on Leicester Square, there is a huge TWG tea shop. TWG, you say? Ah yes, Twinings must have caught that modern disease that causes companies to lose letters in their name and go by an aborted version in an attempt to be more modern. (LOL.) We have always loved Twinings tea and this made us sad. Did you know that the firm’s logo, created in 1787, is the world’s oldest in continuous use? Why would they do that? So when I told the manager at the door of the shop that they shouldn’t have changed their name, he got very angry. “We didn’t change our name! That has always been our name!” he informed me in no uncertain terms. Strange, we thought. Here are all the Twinings colors and containers. Guess they had a corporate identity that was more like stock market code.

But wait! We did a little research and found out that TWG is a actually a Singaporean company founded in 2008!

A judge handling a lawsuit about the name noted in July 2013 that the use of the “existence of the date 1837 in TWG Tea’s sign has led people to believe that the company was established at that time.” (Duh.) The firm’s spokespeople claimed that it was instead a tribute to the “year when the Chamber of Commerce was founded in Singapore.” (But of course.) The case is still in the courts, but we couldn’t find any direct legal action being taken by Twinings, which seems peculiar. At any rate, we won’t be patronizing TWG!

For the last couple of days we’ve had to rely on the cafes in museums for nourishment. Not a great representation of anything particularly British or particularly inventive or good. Thin soup. Dry sandwiches, when they weren’t wet. Dull cakes. We won’t judge all of England on these disappointing experiences. But we wouldn’t want you to think that we haven’t been eating. We’re trying. 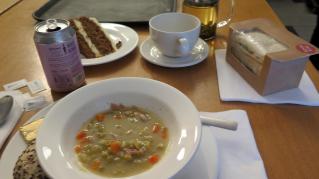 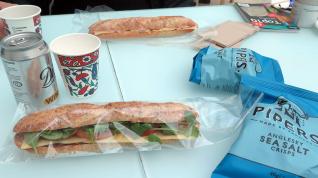 2 thoughts on “Classics old and new”