We spent the last full day of our European adventure revisiting a few special spots in Dublin. The National Museum takes us back to earliest Celtic times, and makes me crave their jewelry. Don’t know what else they were wearing, but their use of gold 4,500 years ago is not to be believed.

Peat bogs are wonderful for keeping things safe over the centuries, and it is astonishing to see what comes out of the ground. Makes you wonder what else is still there. 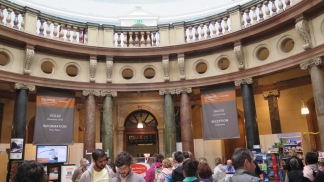 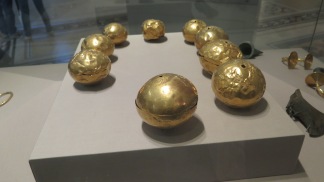 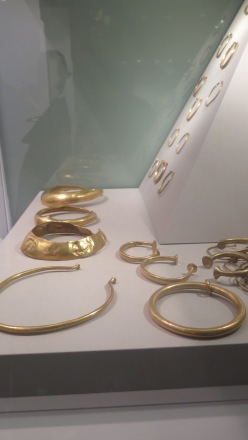 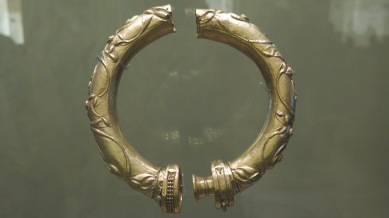 Lots of other trinkets here, including the breathtaking Tara Brooch. Although the brooch is named after the Hill of Tara, traditionally seen as the seat of the High Kings of Ireland, the Tara Brooch has no connection to either. The brooch was supposedly found in August 1850 on the beach at 30 miles north of Dublin. A peasant woman claimed to have found it in a box buried in the sand and then it was sold to a Dublin jeweler who renamed it the “Tara Brooch” to make it more appealing. That worked.

When the Vikings came in the 8th century, things got a lot more interesting, and occasionally a lot more bloody. New technology and a currency system came on the scene, both very helpful. 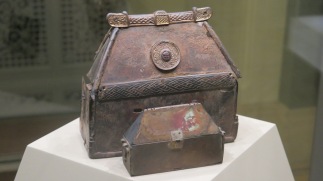 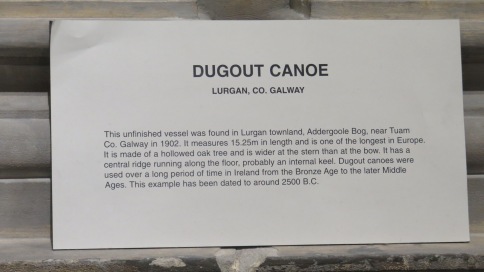 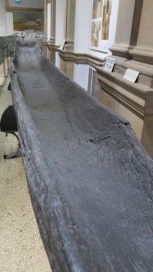 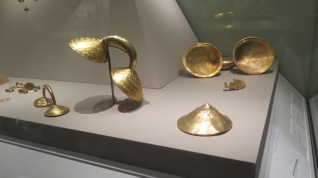 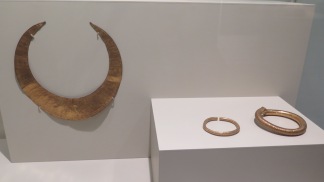 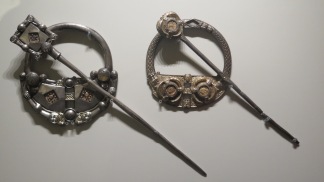 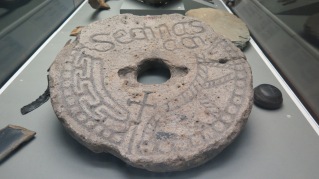 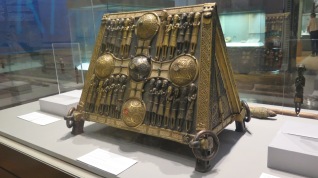 Bogs also do a great job of preserving bodies, and several ancient ones in amazing condition are presented here. But I’ll spare you their remains.

Across from our hotel is a building called the Bank of Ireland, but which started life as the Irish Parliament in 1727, the world’s first purpose-built two-chamber parliament house. It served as the seat of both chambers (the Lords and Commons) for most of the 18th century, until that parliament was abolished by the Act of Union of 1800, when Ireland became part of the UK. Not a happy time. In order to discourage further large meetings, the main chamber was reconfigured into smaller spaces, but the House of Lords remains, and the ceremonial mace of state is housed there. 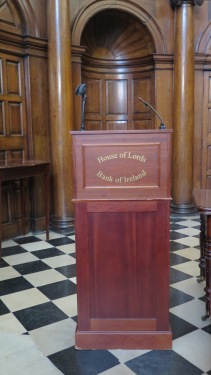 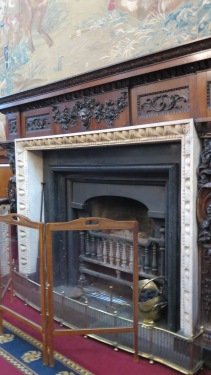 We did take the time to walk into St. Stephen’s Green and have a nice moment by the lake. Lots of other nice moments here. We waved to Oscar Wilde, lounging on Merrion Square across from his home, and said goodbye to all many parts of Dublin that charm us. This is a great city, and it just made us happy to be here once more. 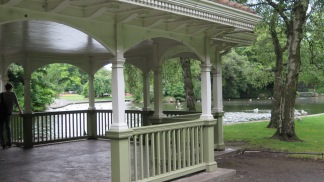 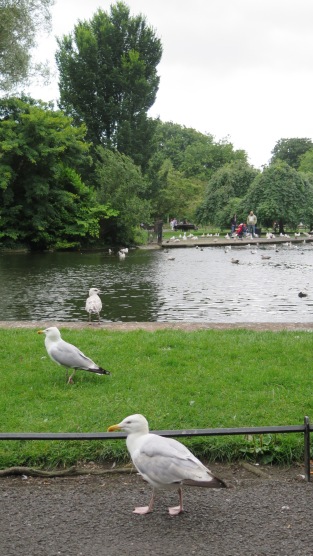 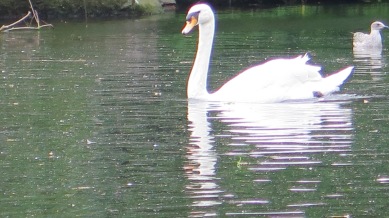 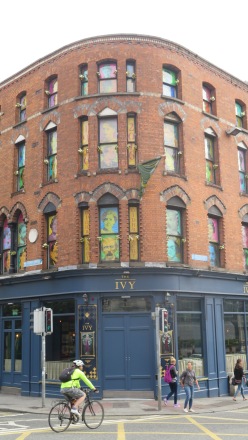 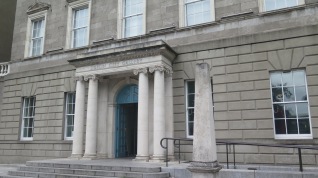 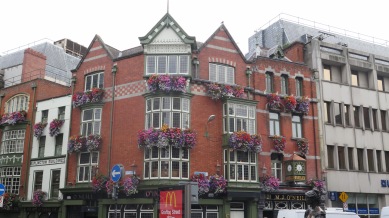 For my last two meals in Ireland I went traditional.  Cottage pie on one day, smoked salmon and brown bread on the other. Each meal was prepared exactly as one would hope and confirms why they are classics enjoyed wherever the Irish and English have cultural roots. 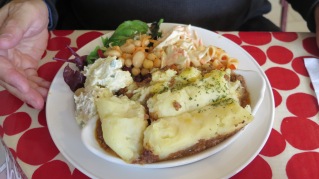 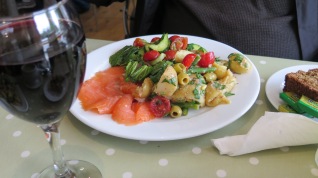 The only somewhat surprising thing about the serving of  the cottage pie was that I was asked whether I wanted a baked potato with it. A baked potato in addition to the mounds of mashed potato on top of the meat filling?  I opted for a salad instead.

The baked potato offer reminded me, however, of one of our early trips to London in the 1970’s when we went to a pizza place and were served baked potatoes with our pizzas. I remember being somewhat startled by the sight. When I questioned the waitress about  it, I got a simple reply: “Ya gotta ‘ave your veg, luv.”

4 thoughts on “One more day of wonders”