We have left Derry and relocated to the Republic of Ireland, spending the night in Donegal.

The countryside here is just as beautiful, but somehow it feels different. It’s not Nirvana, but there is no pall of anger and resentment hanging in the air. There’s the historical bitterness, of course, about having to give up lands and all the injustices that ignited the Easter Sunday uprising 100 years ago this year – which led to independence.

That’s far enough in the past that life here just seems different.

We toured Donegal Castle, traditional home of the O’Donnells, until you-know-who took it over. The manor house was burned, but the original tower has been restored and it is quite simple yet lovely. Another castle under our belts. 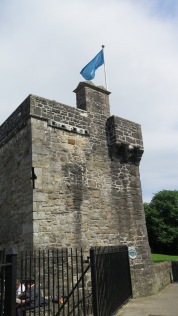 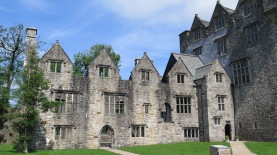 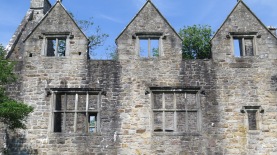 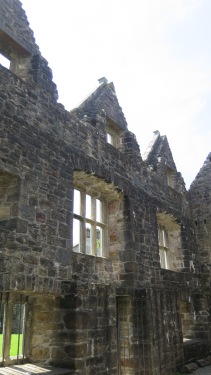 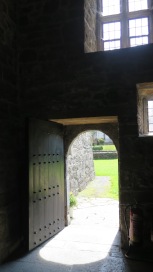 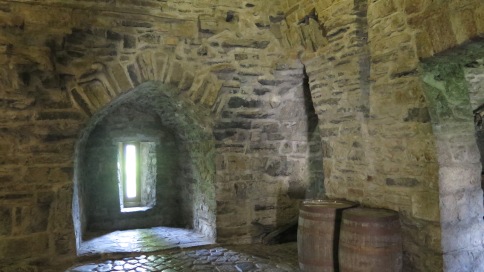 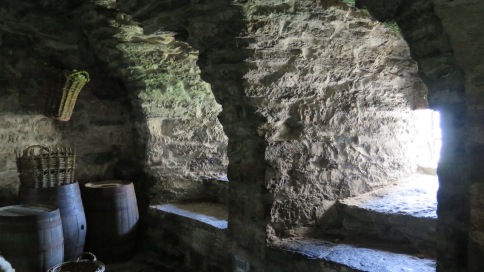 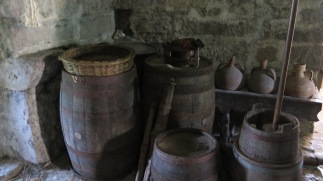 The other major event of our day was a boat trip around Donegal Bay. We went out as far as the opening to the Atlantic. 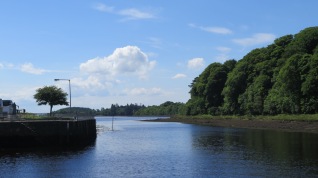 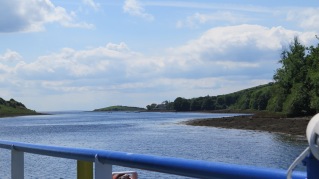 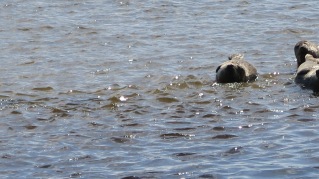 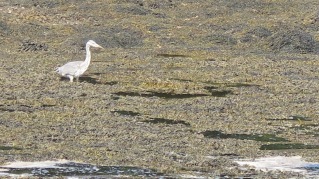 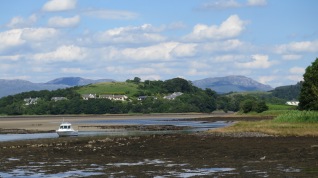 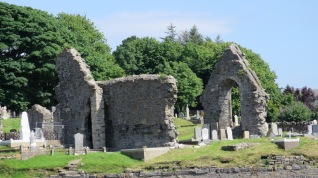 One scene was particularly touching.

An unremarkable little building nestled at the waters edge has sat almost unchanged for more than 130 years. This building was the ticket office for The White Star Line, owners of the Titanic.

Many thousands of passengers passed through this tiny building as they purchased their tickets for the new world of America during Ireland”s famine years. The one-way fare to their new life was £2. Not much in today”s terms but a long time in the earning back in those days. Having also to supply their own rations for ten weeks must have taken great sacrifice. 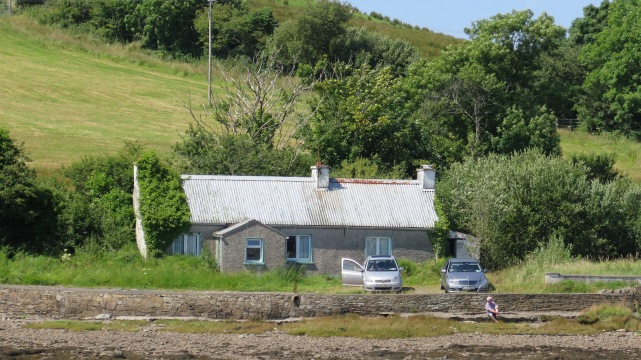 Of course many never lived to see their new country, dying of hunger or disease en route. The deaths onboard these vessels gave them their name, the “Coffin Ships.” Many of these ships had been used to transport slaves from Africa to Liverpool and when transporting the starving Irish became more profitable, White Star made Donegal Bay their port of departure. Docking in the deep water part of the bay, these ships awaited the small boats which left from outside the White Star Line Ticket office.

My great-great-grandfather had the good fortune to leave before the famine, but I’m sure his trip was hardly more comfortable. We don’t know where that young man of Cavan departed from, but it could have been here.

On our boat ride this sunny and very hot day (80° – hottest day of the year), there was a guide who informed us what we were passing, told terrible Irish jokes mostly at the expense of mothers-in-law, and then sang songs for us. Some were new to us; some were quite familiar; and some were American songs that took on a new character when sung with an Irish accent. You don’t think of Johnny Cash as an Irish balladeer, but just hearing “Ring of Fire” sung here make it so clear where our country music traditions came from. And when the entire ship can do a rousing chorus of “Take Me Home, Country Roads,” you know that those poor Irish who made it to America kept on singing.

Not surprisingly in this coastal town, fish was the centerpiece of the menu for today’s lunch. Different types of fish was offered. But, as you will find as we go further into Ireland, I ordered the smoked Irish salmon. Of all the smoked salmon I’ve tasted, I consider the wild Irish salmon the best. So, just as Jo ordered scallopine Milanese throughout Italy, I’ll be ordering the salmon whenever I find it the menu. Thick slabs of the stuff are served up, always accompanied by that Irish brown bread that cannot be found anywhere else. I’ve tried ordering the brown bread in Irish places in the US and I’ve tried making it and it’s just not the same. Heavy, nutty and rich – the bread slathered with Irish butter and eaten with that salmon? Can’t be beat. 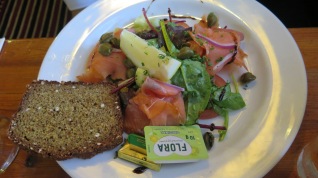 Jo had a nice piece of grilled hake with a sauce of prawns and saffron, plus a little bit of salad and mashed potatoes with chives (champ potatoes, they call it). This is the kind of food the Irish know how to prepare, perfectly. 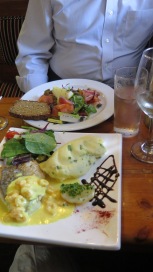 P.S. Because it was as hot as a day in central Italy, we celebrated with some Italian wine.