Let us start with words. In this part of the world, they come with incredible baggage. Begin with the question of our location. Where are we now?

If you say “Northern Ireland,” you have acknowledged a sovereign state that is loyal to the Crown. Since 1690, you have been celebrating the whipping that William III gave James II at the Battle of the Boyne, and you parade with your fellow Orangemen proudly – and perhaps a bit belligerently – every 12 July.

If, on the other hand, you say we are in “the north of Ireland,” you are referring to a geographical direction, not a political entity. If you want to be more specific, you might refer to the “six counties, ” meaning the six out of 32 not in the Republic. Or in a more aggressive mood, you would talk about “the occupied counties.”

So when the driver of our tour bus today pulled up to Carrickfergus Castle in County Antrim and spoke of Prince William’s “victory” launched from this castle and then refers to the city of “Londonderry” instead of “Derry,” well, nothing more need be said. 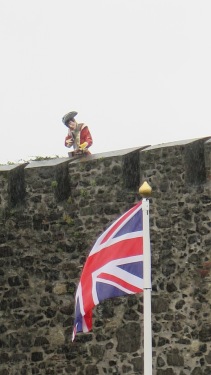 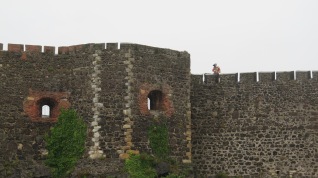 The castle stop was really just a comfort break on the way up the coast, Our first major site was Carrick-a-Rede, where a rope bridge has hung over the sea between two rocks for 350 years, allowing fishermen to maximize their yield during the annual salmon migration. For the tourist trade, it’s a very long walk to a very short but frightening swinging bridge. I crossed; Don waved. Lovely views. 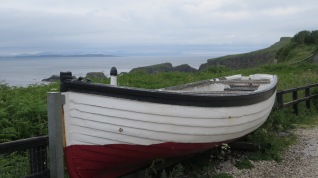 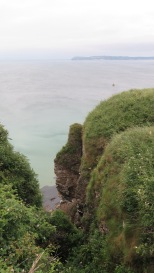 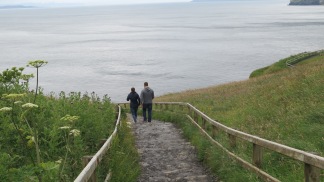 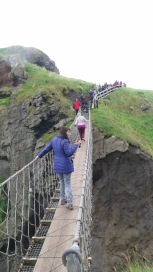 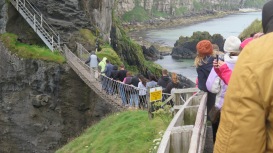 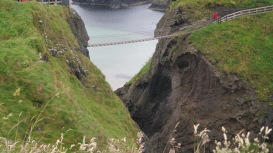 It was then on to the town of Bushmills for lunch. This is of course the home of the Bushmills Distillery, in business since 1608. There wasn’t time for the tour – unless we skipped lunch. We thought about it, but quite frankly, once you’ve seen one distillery, you get the idea. And after all, we have been to Jack Daniels, Maker’s Mark and George Dickel’s place. We know the drill. (And we have to admit the romance was somewhat lessened by learning that Bushmills is now owned by Jose Cuervo. Let’s hear it for globalization.) 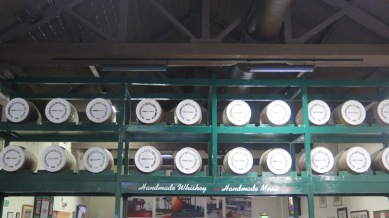 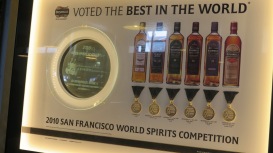 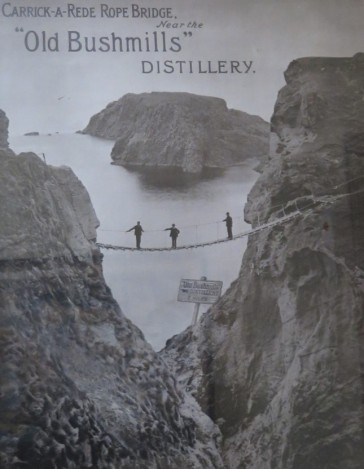 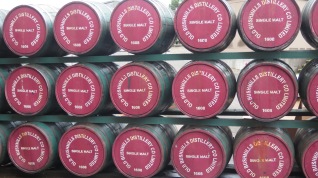 The ultimate goal of the trip, the pièce de résistance, was the Giant’s Causeway. This is more than just a random pile of big rocks. It is an incredible geologic formation with lots of science to explain it. Around 50 to 60 million years ago, Antrim was subject to intense volcanic activity. As the lava cooled, the lava contracted in a similar way to drying mud, with the cracks moving down as the mass cooled, leaving pillarlike structures, which are also fractured horizontally into distinctive “biscuits.” which are very easy to walk on. In many cases the bottom face is convex while the upper face is concave, producing what are called “ball and socket” joints. 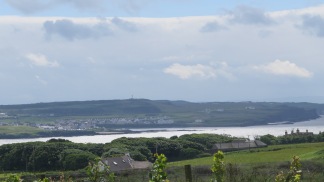 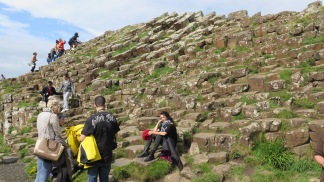 Now here’s the real story, if that’s too boring for you.

According to legend, the story goes that the Irish giant Finn MacCool was challenged to a fight by the Scottish giant Benandonner. Finn accepted the challenge and built the causeway across the North Channel so that the two giants could meet. In one version of the story, Finn defeats Benandonner. In another, Finn hides from Benandonner when he realises that his foe is much bigger than he. Finn’s wife, Oonagh, disguises Finn as a baby and tucks him in a cradle. When Benandonner sees the size of the ‘baby’, he reckons that its father, Finn, must be a giant among giants. He flees back to Scotland in fright, destroying the causeway behind him so that Finn could not follow.  Across the sea, there are identical basalt columns (a part of the same ancient lava flow) on the Scottish isle of Staffa, giving great weight to this version of the causeway’s creation. 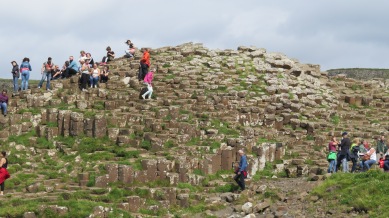 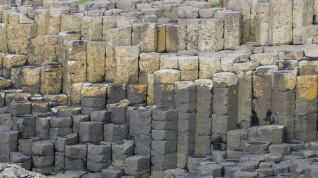 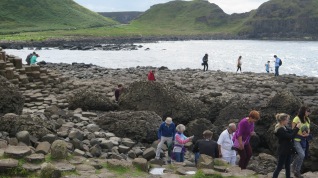 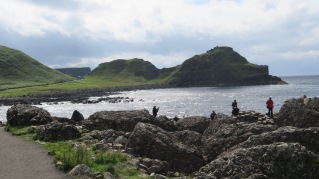 So what did we learn today? We reviewed some very important life lessons.

Lunch today was at the cafeteria at Bushmills Distillery. The hot food selections were very limited and mostly very Irish. In fact, there were only three options:  1. Irish stew.  2.  Beef and Guinness pie.  3. Chili con carne on “noodles.” The chili option and the noodles looked pretty nasty, so we each  chose one of the other selections.

I went for the Irish stew. This is Ireland, so I guess this is how it’s supposed to look and taste. It had very little meat and lots of potatoes and carrots in a somewhat thick sauce. I can see why  it would be popular among poor people. The ingredients are cheap, it’s filling and it’s easy to make. In this version, the lamb pieces weren’t browned first before being thrown in with the other ingredients and boiled, giving the lamb a slightly grey appearance. (The French would be appalled.)  It was served with French fries (“chips”), because, I guess, there weren’t already enough potatoes in the stew. There was also a serving of peas — not mushy, but whole. Where, I ask, do they grow all these peas?

Jo’s serving of beef and Guinness pie wasn’t as refined as the version we had the other day. In fact, the whole cafeteria assembly-line manner at the Bushmill Distillery had shades of a school cafeteria or, rather, a prison. Picture robust Irish matrons scooping up heavy portions of the food from great trays of the stuff and slamming it onto plates and you have a good idea of our lunch. 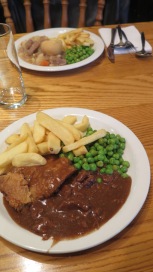 After this lunch, they gave us a sampling of Bushmill’s whiskey and that made us feel better about things.

One thought on “Whiskey, words and myths”