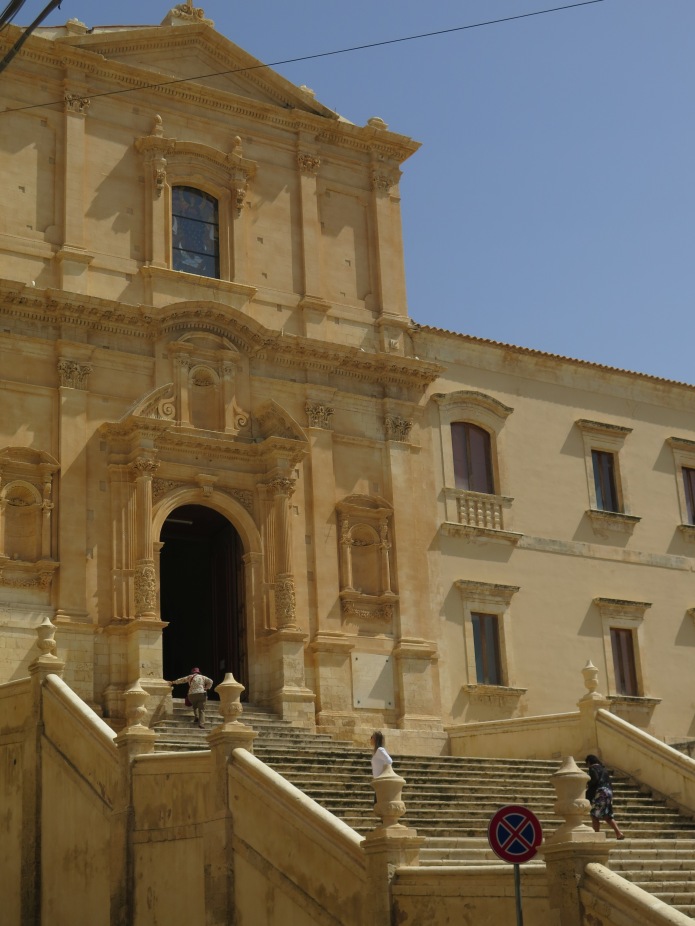 Today we took a field trip to the town of Noto, known for the palazzi and churches all built in the Sicilian Baroque style. Their similarity comes from the fact the town was rebuilt in the early 18th century following a devastating earthquake in 1693. Same architects, same stones, same fashions – same look.

And the look is lovely. There must have been a lot of money in this city, as each lord tried to outdo his neighbor. It also seems like there must be a church for every ten families, but where better to put your money, I guess. Lots of tourists and lots of locals strolling to. Even with its steep hills, Noto is a city made to be walked and admired. 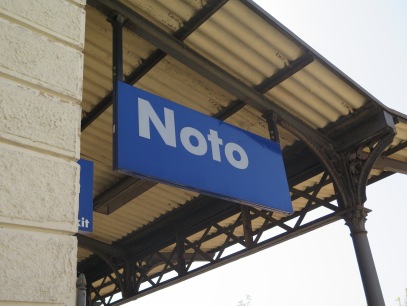 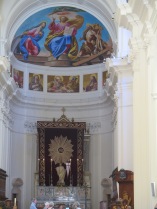 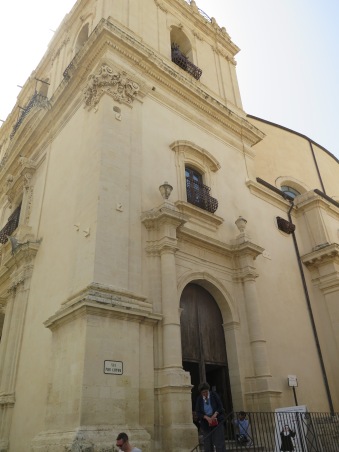 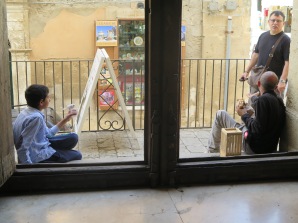 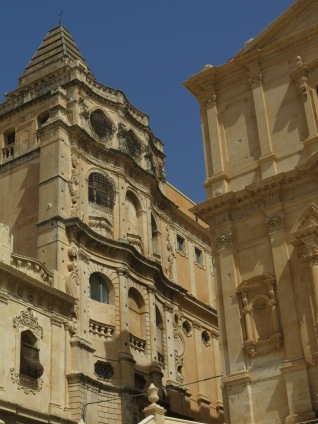 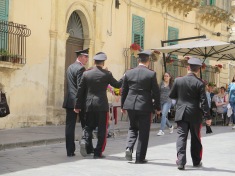 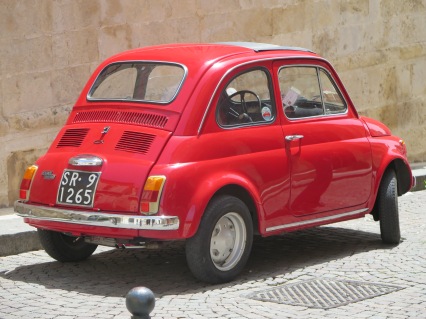 A lot of our time today was spent coming and going from Siracusa though – miraculously – both trains were exactly on time. The rest of our time was spent taste-testing some of the local specialties, which is Don’s cue…

First we stopped by the shop that is supposed to serve the finest gelato.  Closed on Monday.  We went around the corner to sample the supposed best granite.  The guidebook recommended that if fragolini (tiny wild strawberries) were in season to go for that.  Happily, it was being served.  We ordered one serving to share.  WOW!  We’re ruined for life.  Intense strawberry taste, soft just-this-side of slushy ice.  Perfect.  We gobbled that down.  Then we went back for the lemon version.  Double wow!  We could have just sat there all day and just have eaten that.  Not sweet, not sour.  Just right.  I think it also helped to be bathed in Italian midday sun with that lemon concoction in hand.

After paying our respects to the town’s architecture, we decided it was time for a little salad and pizza.  Nothing fancy today.  Nice fresh salad of corn, halved grape tomatoes and pieces of Parmesan cheese on top of dark-green arugula.  Just some olive oil and vinegar on top.  Refreshing.  We weren’t sure what we were going to get with the pizza order.  It was so cheap — $4 — that we thought the pizzas would be small.  So we each ordered one.  They weren’t small; they were at least 11 inches each.   Jo went for the diavola, a spicy version featuring what we would call pepperoni but here is just a form of salami.  I ordered one that came with tuna and fennel.  The crust was thin and crispy throughout — not chewy like the style served in Naples, but more like what we had in Rome.  It definitely was not what we would expect to be thick-crusted Sicilian pizza.  But, as we’ve learned, every region of Sicily — every neighborhood, it seems — turns out a different kind of pizza.  The thick-crusted pizza was developed in Palermo and the western part of Sicily, so we’ll be on the outlook for that as we travel west tomorrow. 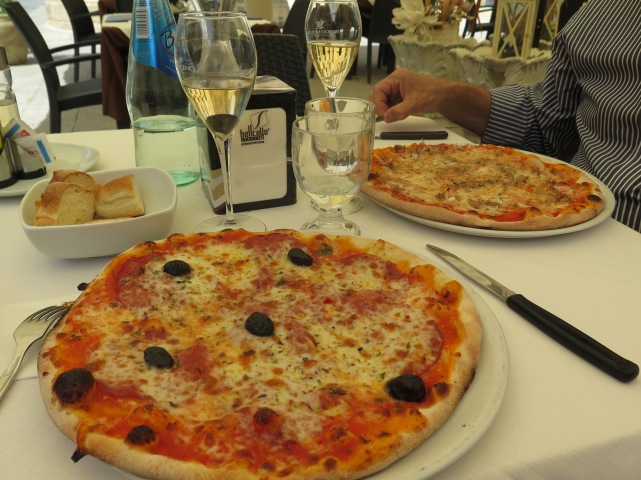 After that nice lunch, we had to have some gelato.  And, of course, we couldn’t just go for one flavor or one shop.  At the first shop, we tried the island specialty, pistachio.  Creamy, rich and tasting of toasted pistachio.  Very similar to the sample we had yesterday in Siracusa.  After strolling down the street finishing of that sample, we came to another shop and got another cone of what was called frutti di bosco, which is medley of fruits, commonly blueberries, raspberries, and blackberries.  (Ooops – it disappeared before it could be photographed.) Yum!  It’s hard to imagine that the supposed best — but closed — shop could have served anything better.

Tragically, there were no gelaterie near the train station for yet another tasting while waiting for the train.  But tomorrow is another day.

2 thoughts on “A masterpiece of Sicilian Baroque”