The capital of the Alsace region, Strasbourg is the official seat of the European Parliament. Located so close to Germany that it’s easy to forget you are in France, it is the seat of several European institutions, including the International Institute of Human Rights.

Strasbourg’s historic city center was classified a World Heritage site by UNESCO in 1988, the first time such an honor was given to an entire city center. Ownership has been violently disputed throughout history, but there has been a bridge of unity between France and Germany for centuries, especially through the University of Strasbourg, and the ability of the Catholic and Protestant cultures to coexist. The largest Islamic place of worship in France was here inaugurated in 2012. This is a tolerant city and a diverse one.

The cathedral is spectacular and it has seen much since the 12th century. The plaza in front is a natural gathering place for tourists and buskers, just as it was in Roman times. Martin Luther had his theses nailed on its doors, and its majesty continues to amaze. The organ, the pulpit, the astronomical clock are all breath-taking. 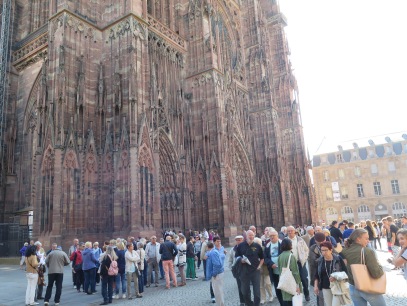 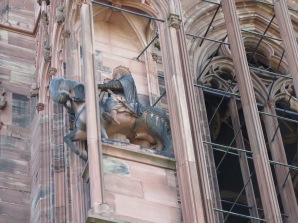 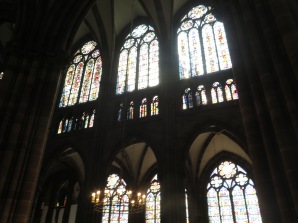 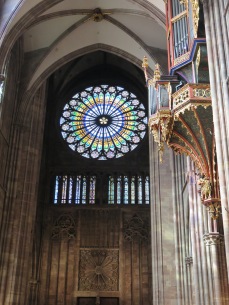 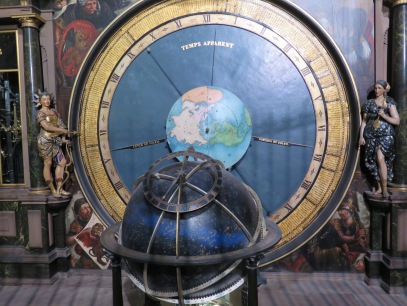 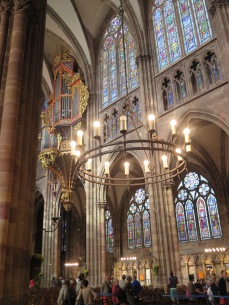 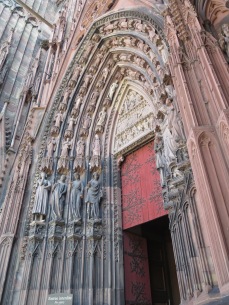 The rest of the city center is a glorious collection of medieval buildings, perfectly restored. We ate in an old tannery, much sanitized, as is the lovely canal that circles the center of the city and makes it an island. Today we touched on everything from those Romans to Guttenberg to the guy selling selfie sticks. We rounded out our day by visiting the Alsatian Museum, which reminded us mightily of Pennsylvania Dutch in its designs. But that was only one of today’s treats.

Strasbourg is a piece of art, all by itself. 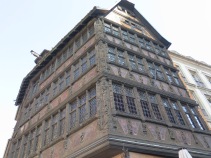 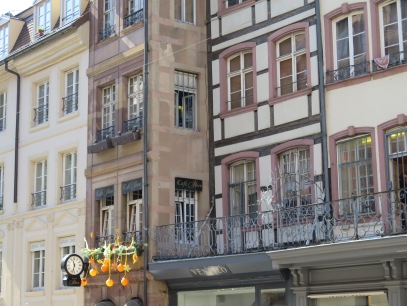 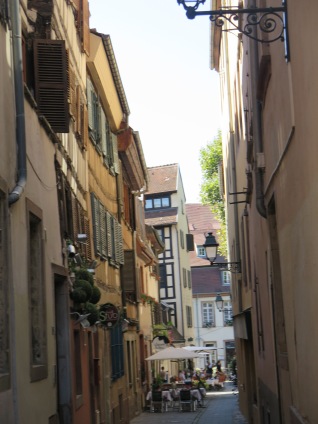 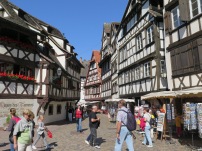 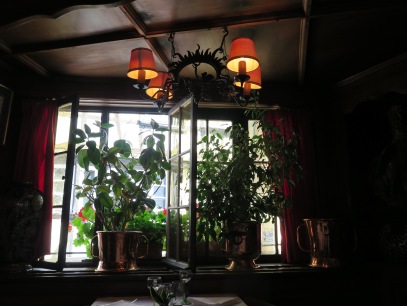 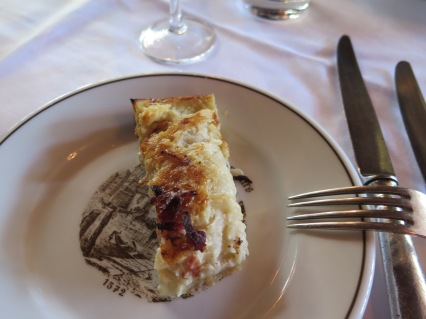 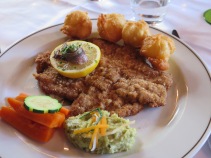 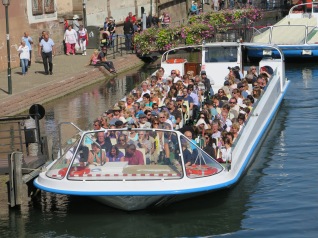 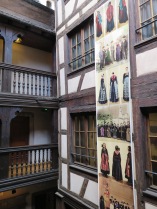 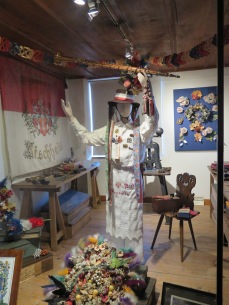 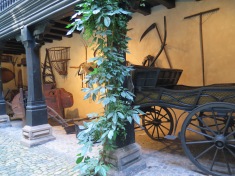