Some go to Bourg-en-Bresse to see the Royal Monastery of Brou, built in the Flamboyant Gothic style – and flamboyant it is. Margaret of Bourbon, who was very important in this area, had intended to found a monastery here, but died before her intention could be carried out.

The church was  built early in the 16th century by her daughter-in-law, Margaret of Austria. The horse? They have them all over town, like some cities have decorated cows, pigs or bears. 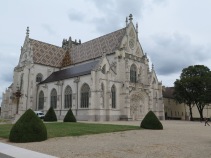 But what drew us there, on our way to the town of Beaune, was the thought of tasting Bresse chicken. The chickens of the Bresse region have quite the reputation. Brillat-Savarin is supposed to have described the Bresse chicken as “the queen of poultry, the poultry of kings.” Today the poulet de Bresse is considered the best quality table chicken in the world.

But we managed to find one of the top Bresse restaurants open, and Don took the lead. We shared his chicken and my brochette of noisettes de porc, and both were fabulous. What does Bresse chicken taste like? Chicken, of course, but one with the most intense ultra-chicken flavor. Delicious! 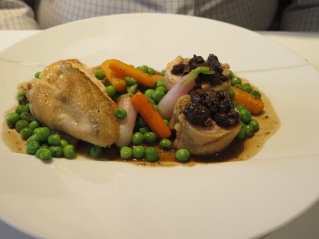 We had a brief stroll around empty Bresse, which is not as manicured as many towns we have seen, but still with some historic interest and charm. 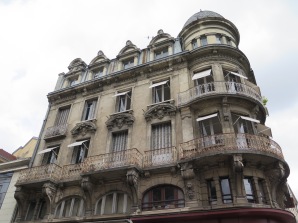 Last evening in Annecy – which is a totally manicured and curated town – we got to watch a tango club on the esplanade, and see the lights go on in this lovely charming city. It definitely makes our top ten list. 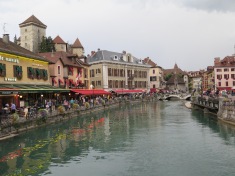 2 thoughts on “We went for the chicken”