The views from the top were spectacular, even though it was a bit hazy. The paragliders made it magical. The summit comes complete with TV antenna, weather station, and ruins of a Roman temple to Mercury, on top of a pre-Christian ceremonial site. 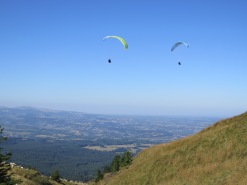 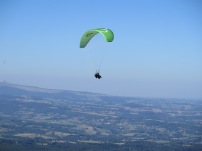 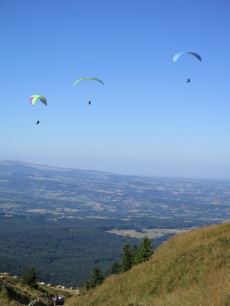 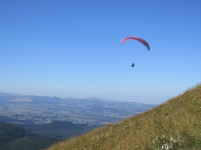 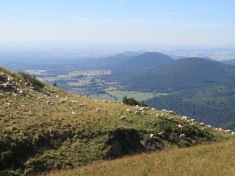 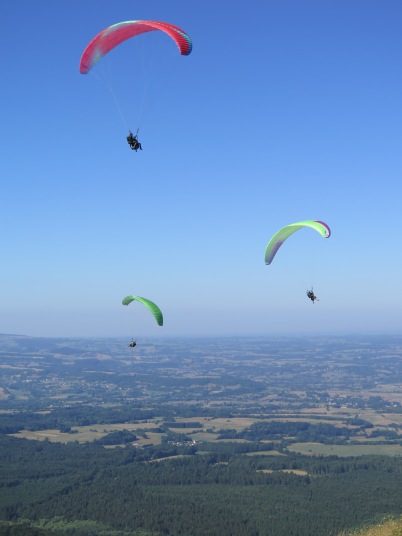 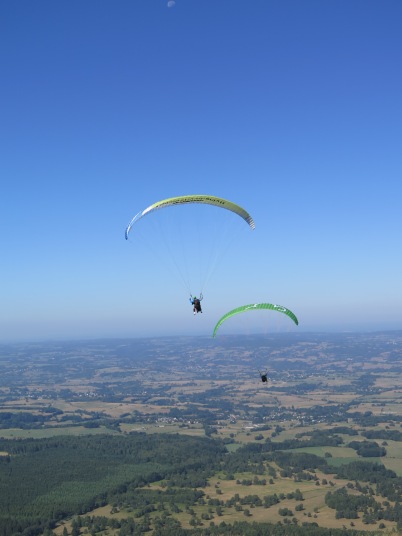 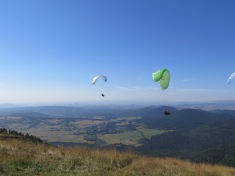 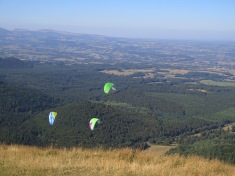 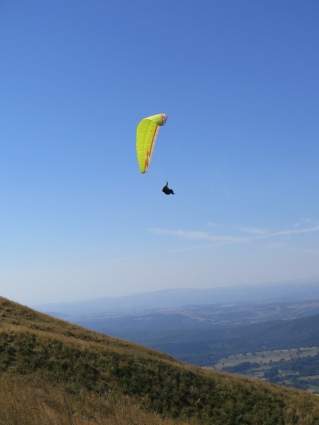 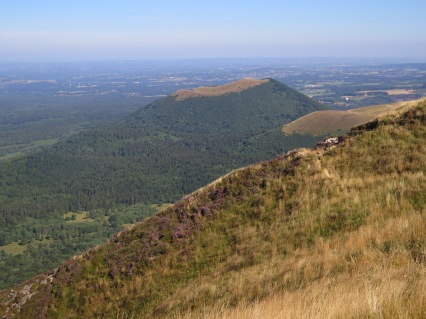 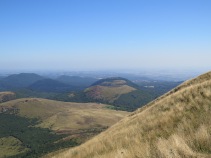 We lunched in the small town of Orcival, whose center looks like a stage set, as is true with so many of France’s villages. Lovely setting, with a 12th century church once very important to pilgrims – the Basilica of Notre Dame d’Orcival. 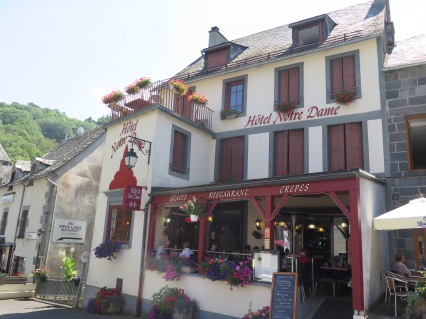 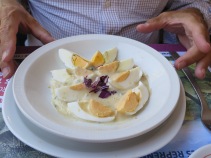 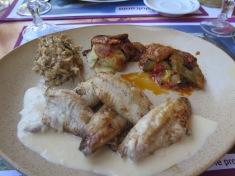 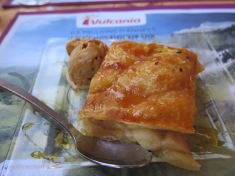 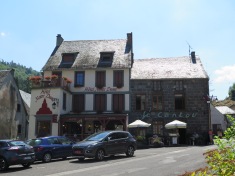 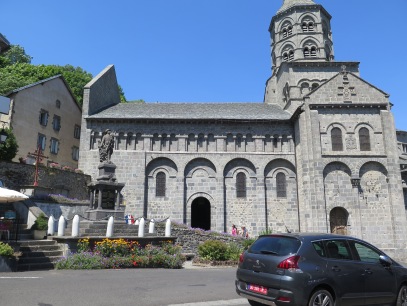 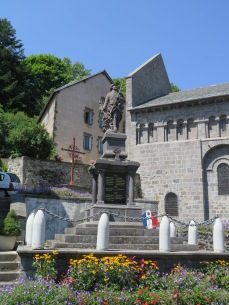 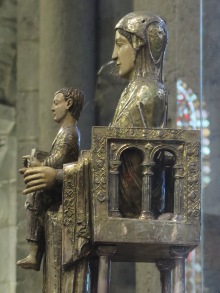 Then it was a quick ride to the Château de Cordès, a 13th-century castle whose gardens were originally designed by the workshop of Le Nôtre (of Versailles fame). The gardens have been somewhat restored, and we strolled through them before returning to Clermont-Ferrand, our home for one more night. But first, a side note about the shot of vinca at the end. We in the United States have Thomas Jefferson to thank for importing it from France. Great moments in gardening…. 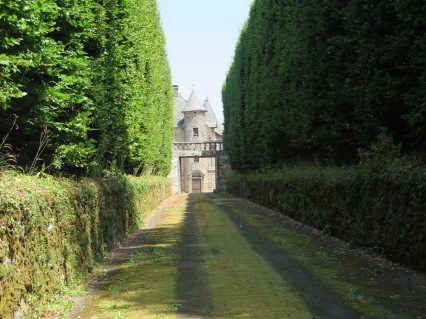 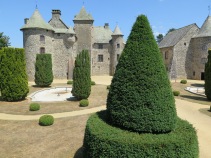 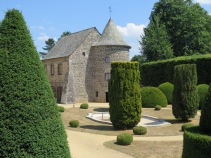 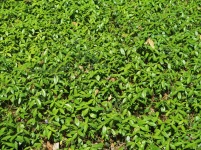