If you like blue cheese, then seeing the Roquefort caves where the magic of penicillin was first discovered is worth a stop. The belief is that the process of goat cheese growing mold and becoming incredibly delicious  was stumbled up in the first century AD – though it might have been thought of as pure magic at that point. They do seem quite confident here that Charlemagne was a connoisseur of the cheese in the early 9th century, and know that Casanova used a slice with a glass of wine as a seduction technique. This cheese has history!

Though similar cheeses are produced elsewhere, EU law dictates that only those cheeses aged in the natural Combalou caves of Roquefort-sur-Soulzon may bear the name Roquefort, as it is a recognized geographical region with a protected designation of origin. The sheeps’ milk has to come from a very limited area surrounding the caves, and the cheeses have to age here.

Of course, the mold part is now done scientifically, but the three cheeses of the cooperative Roquefort Société, which we toured today, are still aged in the caves where they have bloomed for centuries, and basically made the same way they always have been, just with more quality control. It was a great tour, and not just because it was so cool inside, compared to the 102 degree temperature outside. 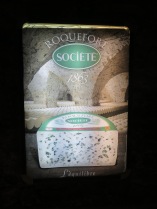 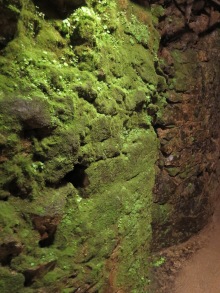 We ate lunch in their restaurant, which featured – you guessed it. Nice. And we know have a cold pack bag loaded with each of their cheeses. Can’t wait to get to our gîte on Saturday and play house with Roquefort. 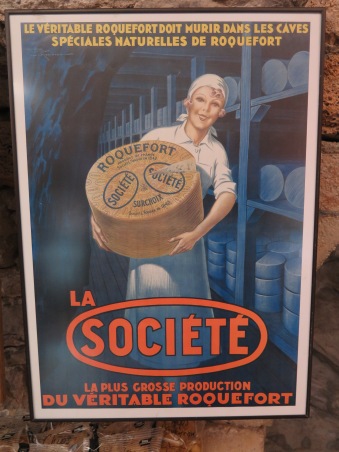 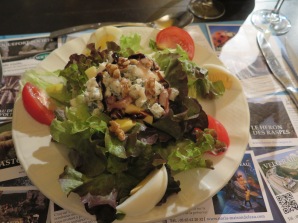 We started our day in the medieval town of Rodez, which has a long and contentious past. It was successively occupied by the Visigoths, the Franks, the armies of the Dukes of Aquitaine, and the Counts of Toulouse, as well as by the Moors in 725. Years later, the English took over during the Hundred Years’ War. Busy place, with a lovely 16th century cathedral. 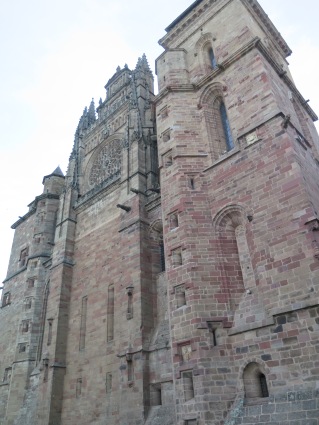 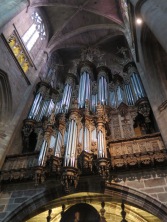 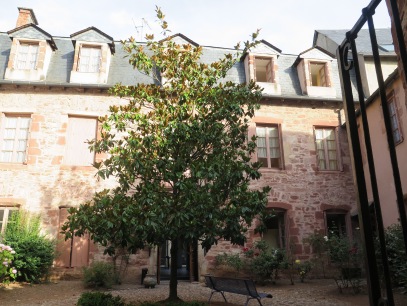