Some interesting things in Springfield, Illinois.  Obviously, being the capital of the Land of Lincoln, there will be lots of Lincoln to discuss. But I’m saving that for tomorrow.

The first was the home of Vachel Lindsay, whom you may or may not know as one of the major literary voices of the early 20th century. He is considered, along with Carl Sandburg and Edgar Lee Masters of Spoon River Anthology fame, as one of the three most important men of letters in Illinois.

(As an aside, we went through the town of Lewiston, home of Masters and basis for his most famous work. Evidently, it took years for the inhabitants to allow the book in town, so guess they took his characterizations its graveyard inhabitants hard.)

The Lindsay home was originally occupied by Mary Todd Lincoln’s sister, and it was there that the farewell dinner was held for the Lincolns before they went off to Washington. The Lincolns lived nearby and had often been in the home. 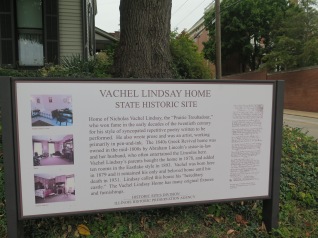 Vachel’s father, a doctor, next bought the house, and enlarged it in the early 20th century.  Vachel was born there in 1879, and he also died there – sadly, by his own hand – in 1931. In between, he became what we would now call a performance artist, and was known in the 1910s as the Prairie Troubadour as he walked around the country trading his poems for food and lodging. Perhaps Vachel and his “new poetry” were just born too soon. He and Allen Ginsberg seemed to share a similar approach to declaiming their poetry by combining words and sound or music, so he may just have paved the way for the Beat generation. 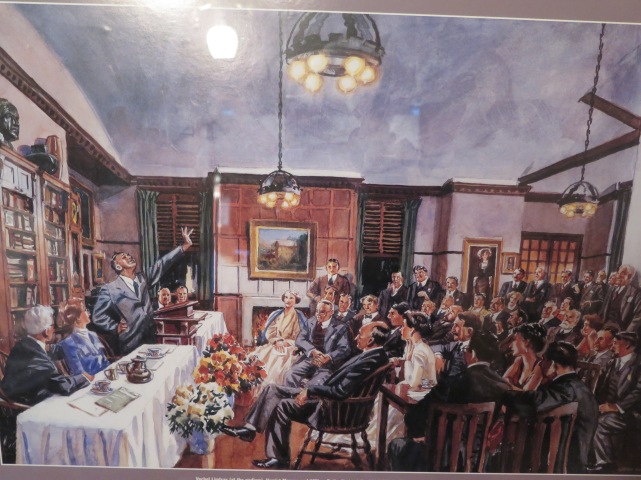 He also seems like a very complex and troubled man, and I need to learn more about him. But I have his home imprinted in my memory, and maybe we can all start a bit of a revival of interest. The home is right next door to the governor’s mansion, so depending on the governor, it was either a good neighborhood or not, it would seem – given the history of Illinois elected representatives. 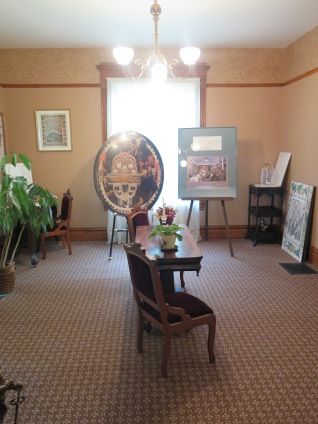 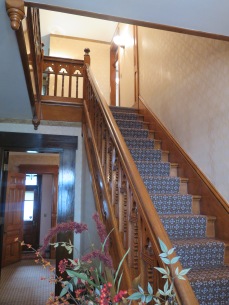 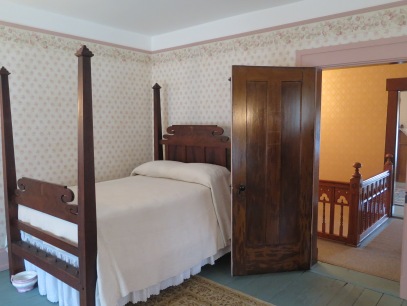 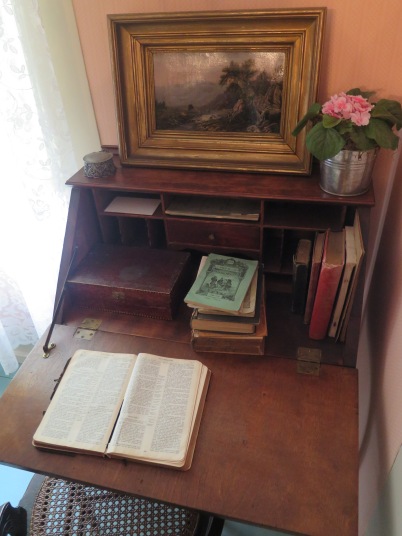 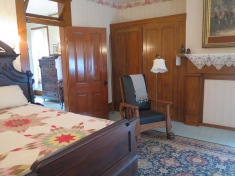 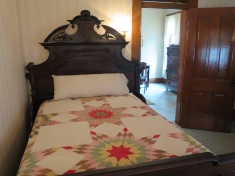 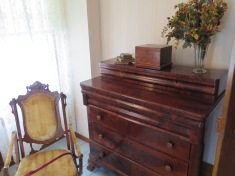 Then, something completely different – another Frank Lloyd Wright home, the Dana-Thomas house, considered the best-preserved of his Prairie Style homes. But it was the juxtaposition of this home with Vachel Lindsay’s that adds such interest to the FLW achievement.

At the same time while Vachel Linday’s father was expanding their 1840’s home and making it thoroughly Victorian, just a few blocks away, Susan Dana was giving Frank carte blanche to build her a home for entertaining in a grand style – no holds barred. Susan also deserves more research, as she had already been a widow twice and a divorcee once by 1904, so there have to be stories there.  But she was the first (and the last?) to give FLW free rein, and they seemed to have disagreed very little. 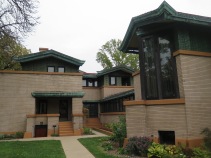 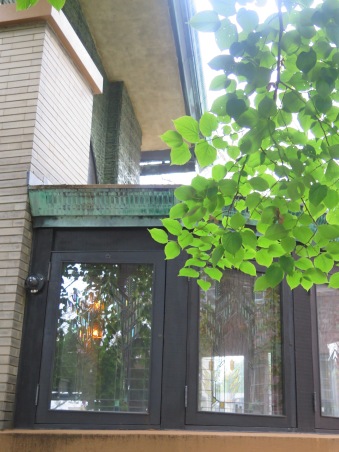 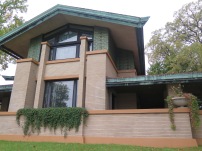 As usual, no photography inside, but the outside gives you an idea of the massive scope of the home and the characteristic details that we know to expect. It was spectacular.  Not cozy, but spectacular, as Susan loved to entertain 3 and 400 people at a time. But even though she had $3 million as an inheritance from her father, and the house with all its amazing glasswork and furniture only cost $60,000, Susan managed to work her way through her fortune, and ended up living in a little house across the street, which is still standing. Sad. It’s also strange to our modern sensibilities that the train track is directly next to the  FLW house. But at the time, Dana guests could ride the train and just ask to be let off at Susan’s corner – a small courtesy extended to the rich and famous.

So at the same time, some very new thinking was going on in Springfield, Illinois.  Must have been an exciting place just over one hundred years ago…