Jaisalmer, India. Yesterday was our day to see the famous fort that defended the Silk Road trade routes here for centuries and housed the rulers of this area of Rajasthan from 1156 until the 1960’s, when they moved into into a palace complex of houses in the lower town. We are staying in a section of that palace complex.

The fort has four gates and 99 batiments. It is high on a plateau and looks capable of defending any invaders. Today, as in the past, many people live within its walls, and much buying and selling takes place in every available corner. One can hardly go five feet without being “invited” into a shop with “wonderful articles” at “marvelous prices.” That can really be wearing, so to say. 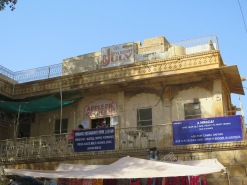 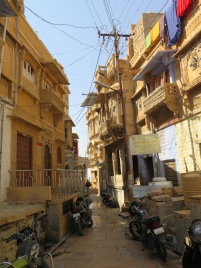 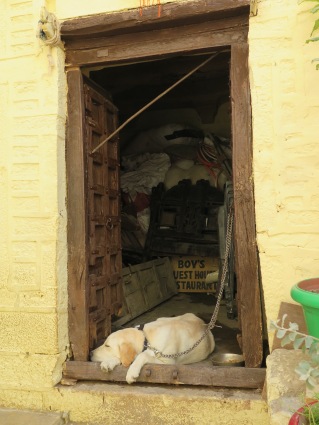 Turning away from commerce, we encountered two famous Jain temples, filled with incredible carvings and statuary. The Jains, being superb commercial professionals and excellent financiers, were invited into the fort’s protection by the maharawals (as opposed to maharjas as found in other parts of India) to add their expertise to the city. Though they left at a certain point, their seven interconnecting temples, built during the 15th and 16th centuries, are still under their management and open to all visitors – for a fee.

It’s hard to see all the exquisite and finely intricate carvings of these temples in an overall context in these photos. You can’t get back far enough to get a panoramic picture. But all the various segments piece together to offer an incredible feast for the eyes. Jaw-dropping, in fact. 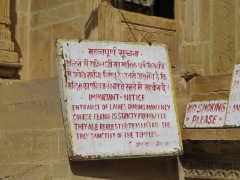 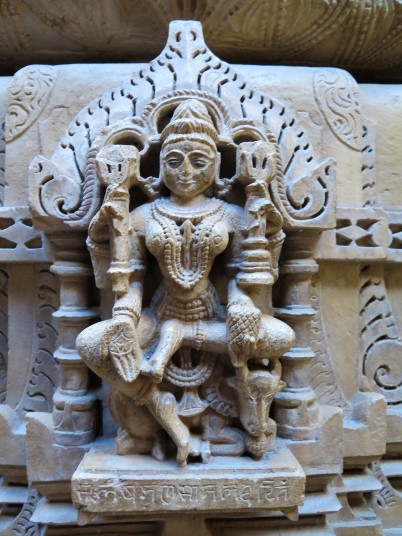 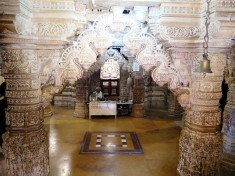 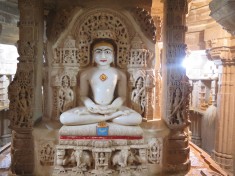 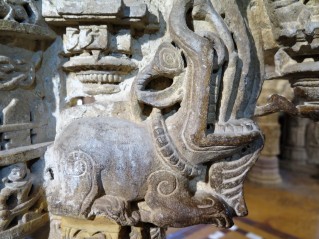 The streets are filled with exuberant life, human and animal, but it does sometimes get a bit exhausting, as does dodging the motor scooters. 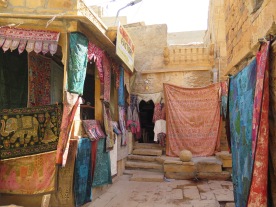 We had a good guide, and his piece de resistance was the Palace, a truly noble dwelling, still owned by the ruling family, but open to the public. What a nice life all those generations must have lived here. Here can be seen throne rooms, special meeting rooms for visitors or families, bedrooms, dining rooms, and the “queen’s quarters” where women could look out through carved screen work to view the scene outside without being seen themselves. And, of course, there lookout perches where the royal court could look down on the battlements to see how things were going with attacking forces. 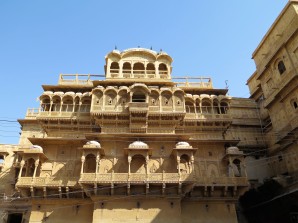 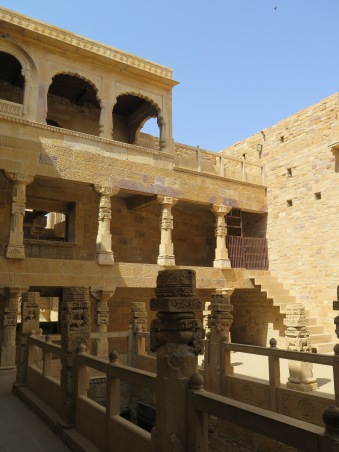 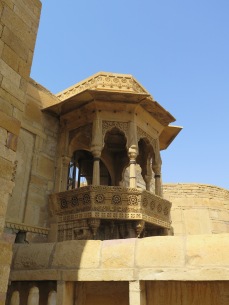 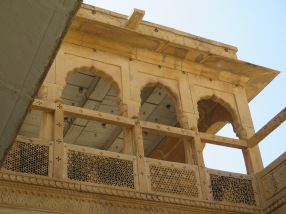 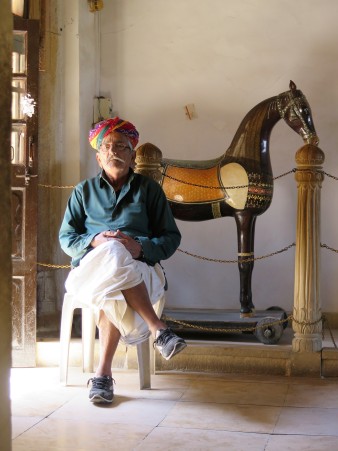 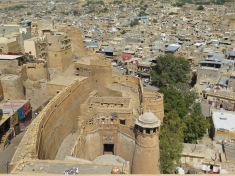 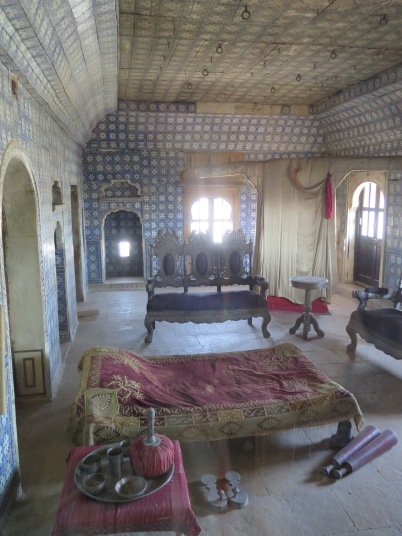 It is a gorgeous building and there’s just no way to protect yourself from its charms and the thoughts of all the moments it has experienced since the first Maharawal moved in. It’s not Versailles, but it’s beautiful in a very special way.

We are now in a desert area of India and, of course, this impacts the food. There’s not as much fresh fruit and vegetables in the traditional cuisine — although today they are more readily available than in the past. Instead, there is a emphasis on use of chickpea and millet flour, and dried legumes like lentils and split peas. Mango powder is used more often than tomatoes. The use of ghee, milk and buttermilk makes up for a scarcity of water. There is also a number of desert plants that make up the traditional cuisine but we have not knowingly experienced that. Plus, naturally, very little fish is seen.

We went simple and classic for today’s main meal. Korma ram puri, that boneless chicken dish that is nicely flavored in a cream-based curry sauce. We accompanied that with a simple vegetable biryani and naan. The tandoor oven is iniquitous in this area, as it was in Delhi, but we haven’t sampled the long list of tandoori options listed on menus, but stay tuned. Whenever I question a waiter about the tandoori choices, the waiter always seems to warn that “that’s dry.” I think we could try some dry. Especially if there is a little beer nearby. 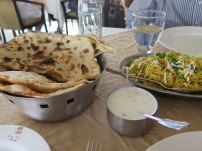 We cleaned our plates and went next door to our own bit of royal housing, filled with color and light.

3 thoughts on “Defenceless against the fort”