Sounds like quite a group, right?  Let’s start with Will.  We are in Ashland, Oregon, home to the Oregon Shakespeare Festival.  Oh, you say – I get the Will part.

Yes, tonight we are seeing The Tempest at this famous and highly regarded theater  Will let you know how it lives up to its reputation.  (Don will tell me and I will tell you.)  In the meanwhile, we had the chance to stroll the town and sample the cuisine.  All measured up quite well, especially the hummus and the salmon tacos at a lovely craft brewery. A nice place, Ashland. Even the lady cop was nice to the vagabonds as she rousted them from her Segway. 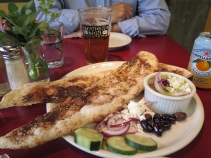 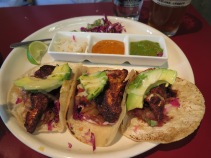 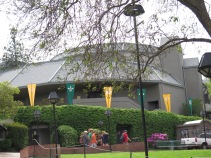 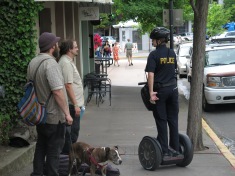 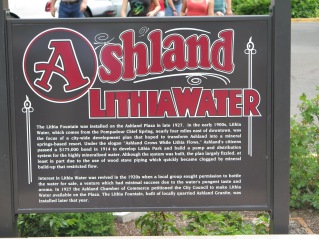 Our first stop today was in Jacksonville, OR, named after the famous general of the same name.  (Andy – got it?) This is a very well-preserved gold rush town that still has that early-gold-town flavor.  You have to love the prospector sculpture with the poor little unidentified flying Chinaman hanging in the rear. 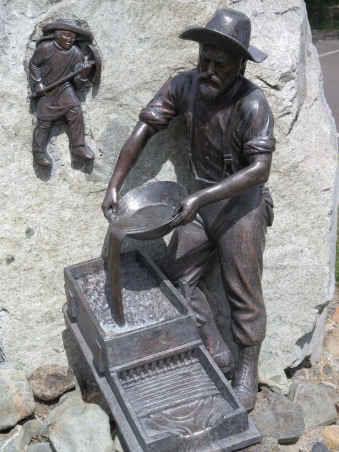 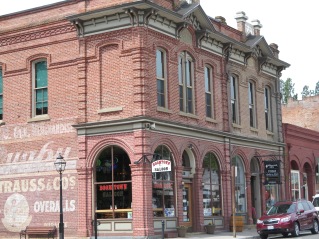 But the highlight of the day came when we visited Harry and David.  Yes, my friends, we went to the home of the Royal Riviera Pear and that perennial favorite – the Tower of Treats:  Medford, Oregon.

The store is fabulous, and one could go greedily crazy.  But we also took the H&D tour, which got us to the plant, and past the original pear orchard.  This was an amazing place, even if you were to have no sense of smell.  What is so amazing is that so much of the packing, wrapping – even the bow making – is still done by hand.  Up through the 90’s, they even still wove their own baskets.

The pears are picked in September, and the place really gets hopping crazy at the beginning of December.  But even in this slower season, there was lots to see and smell and marvel over. We watched them make Moose Munch, saw a tanker unload chocolate, saw baklava in the making, drooled over lots of truffles passing by, saw berries being dried before being ‘enrobed’ in chocolate, and of course saw the famous towers being wrapped.

And at the end, we returned to the store to be entertained, by Joanne, who worked in the plant for 30 years.  It’s one of the those places where people work for years and for generations.  As it’s the largest employer in Medford, everyone here must have some tie to it.  There certainly seems to be enormous affection for the company. 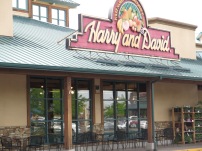 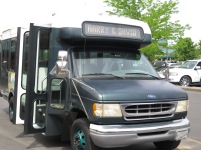 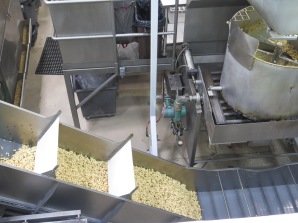 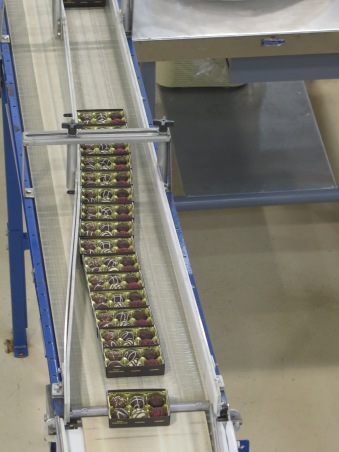 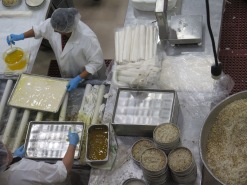 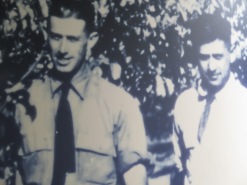 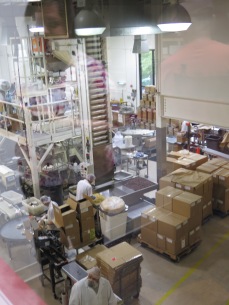 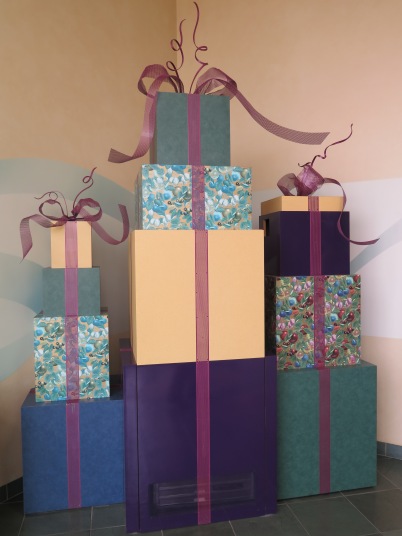 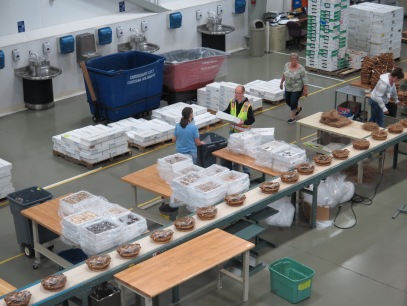 It was a nice day, starting with a wonderful view of the beach from our hotel room.  We slept with the door open and the sound of the waves lulling us to sleep. So far Oregon has treated us very nicely.  Love the weather here!